Why do your students quit?

This training is about to help you answer that question. 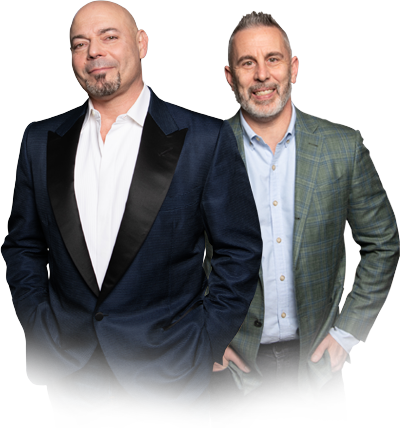 This Accelerator has additional strategies & tactics we wished we could have taught in the short 5-day training, all organized into a series of micro-steps and personalized mentoring to help your business thrive.

You'll be able to gain new revenue streams from your company while also acquiring more traffic to your website without investing a dime!

Your time with Michael & Nick will be the most important mentorship of your life...

and should be at the top of every Martial Arts & Fitness School's list if you're looking to thrive like never before during these hard times.

Join Us for a Better, Prosperous Future & Gain Strategic Mastery in All Scenarios of Business...Transform Your Life & The Lives of Your Employees as You do Your Part to Restart theEconomy.

If you want to scale every aspect of your business, from your bottom-line, systems and culture - join us for a deep dive into the ways Michael Parrella & Nick Dougherty have scaled their own martial arts studios through the years. They'll go over everything they did in times of crisis that can be applied immediately to yours.

Learn how to identify and determine your student/member Stick Rates

Choose which strategies and techniques you can use to fill in the gaps and improve your students experience with you.

Choose from a menu of successful techniques and learn how to build your plan!

Now that your strategy is designed, it’s time to put in an implementation plan which will be as labor-free and automated as you wish.

Assign manual tasks to staff members to give your students/members that personal touch that will keep them coming back month after month!

Once you’ve learned how to and successfully move your students stick rate, it’s time to reapply the training and do it all over again!

You'll receive 2 hours of strategy, execution and breakdown calls (16 hours total) every week. Then, the following week they will walk you through LIVE on 2-hours of actionable steps on what you learned in the video course.

You'll also be able to ask questions on these live calls as well as get advice from Michael Parrella & Nick Dougherty about your business or any roadblocks you may be facing.

In these 8 action-packed weeks, you'll develop a step-by-step strategy guide as we walk through exponential growth strategies that are perfect for your Martial Arts or Fitness business to survive and thrive during the COVID-19 crisis.

Iin these 8 action-packed weeks, you'll develop a step-by-step strategy guide as we walk through exponential growth strategies that are perfect for your Martial Arts or Fitness business to survive and thrive during the COVID-19 crisis. 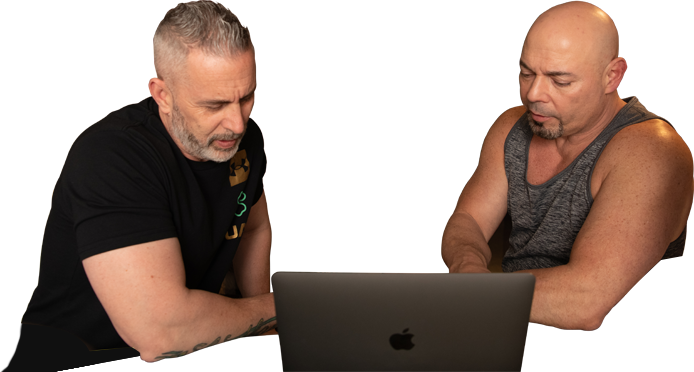 What Attendees Are Saying...

You don't have to take our word for it. Hear from some of the people who attended one of our most recent intensives in their own words below. In light of the COVID-19 crisis, we're moving forward with this course as an extended 8 week live program so that there's complete guidance and mentorship every step along the way! 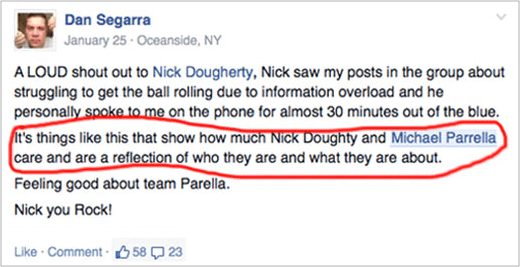 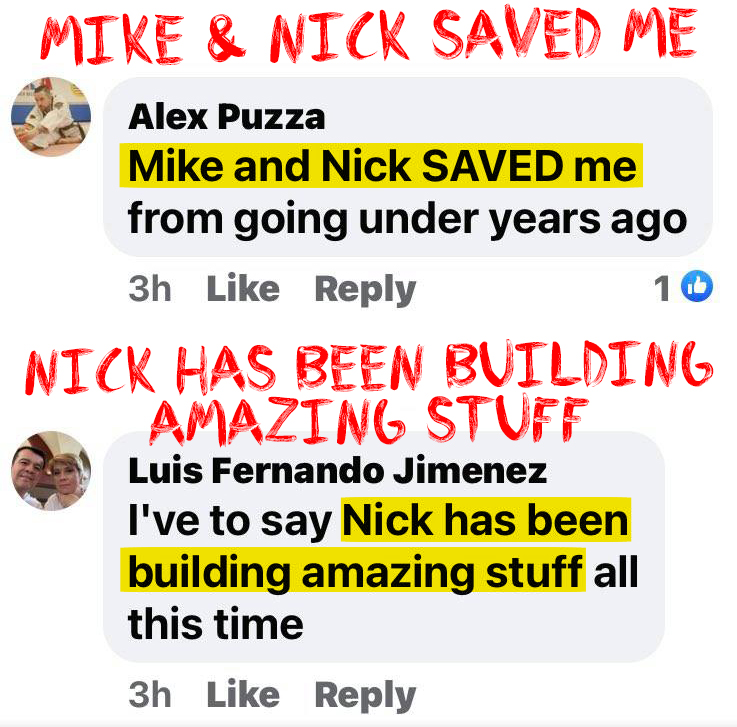 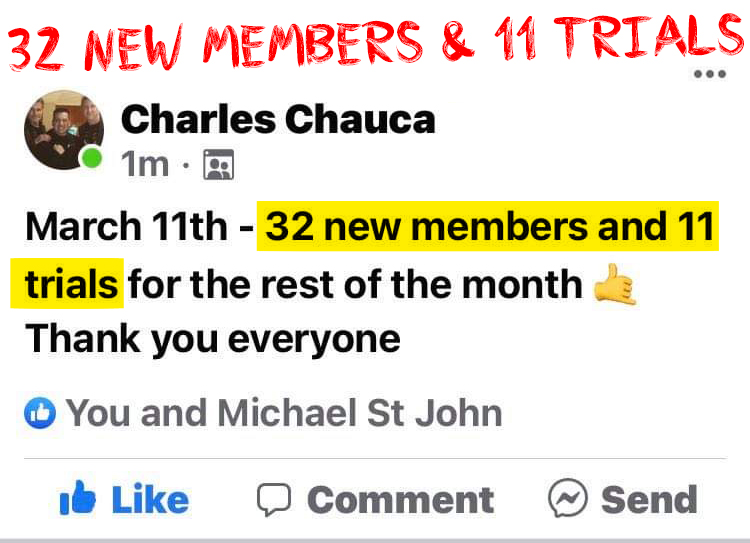 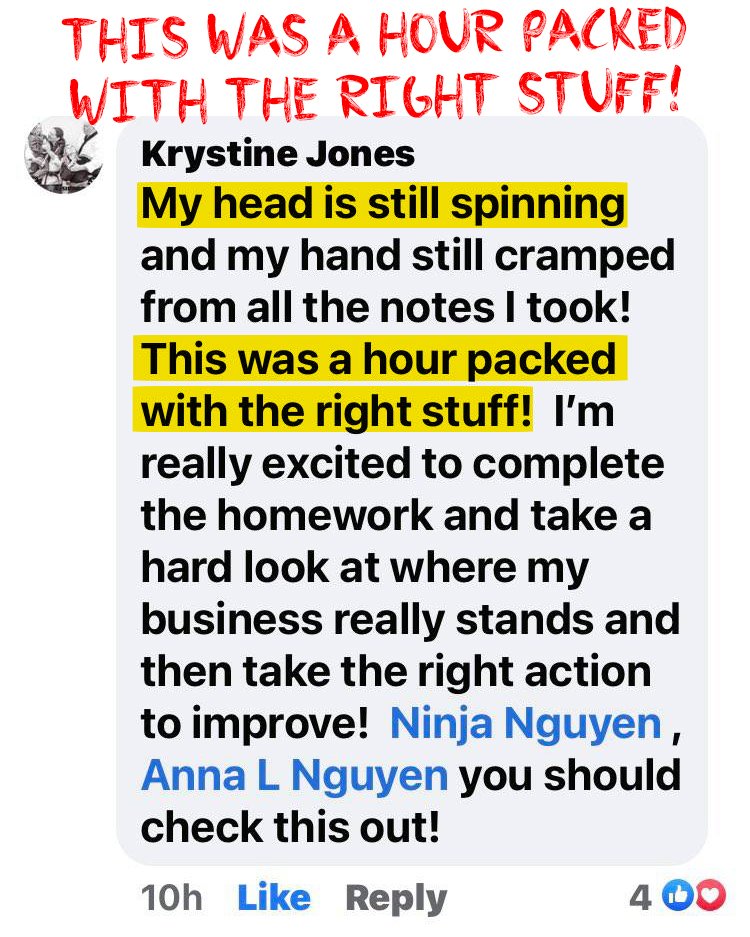 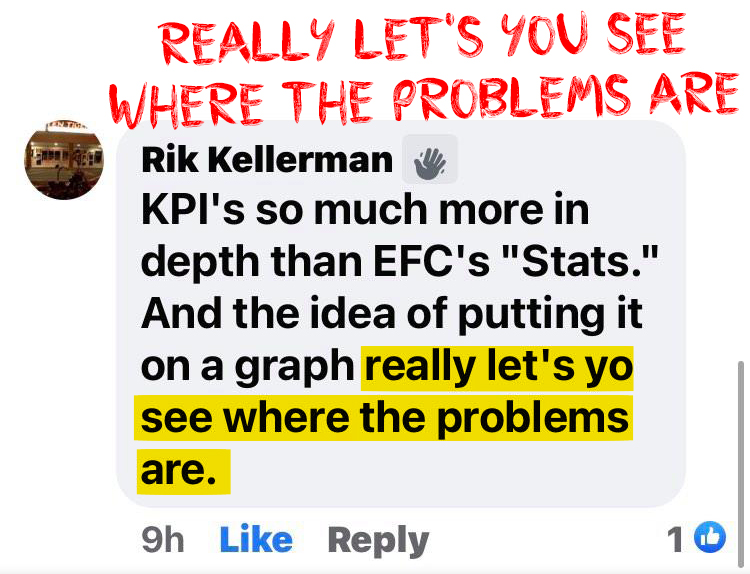 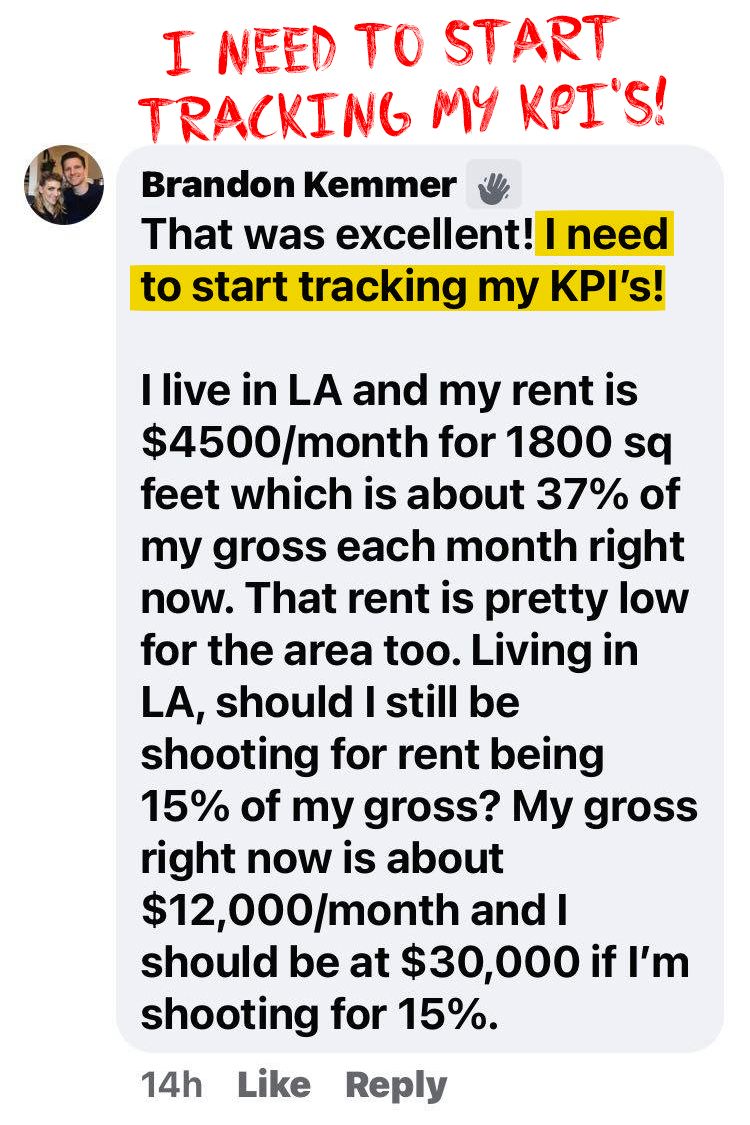 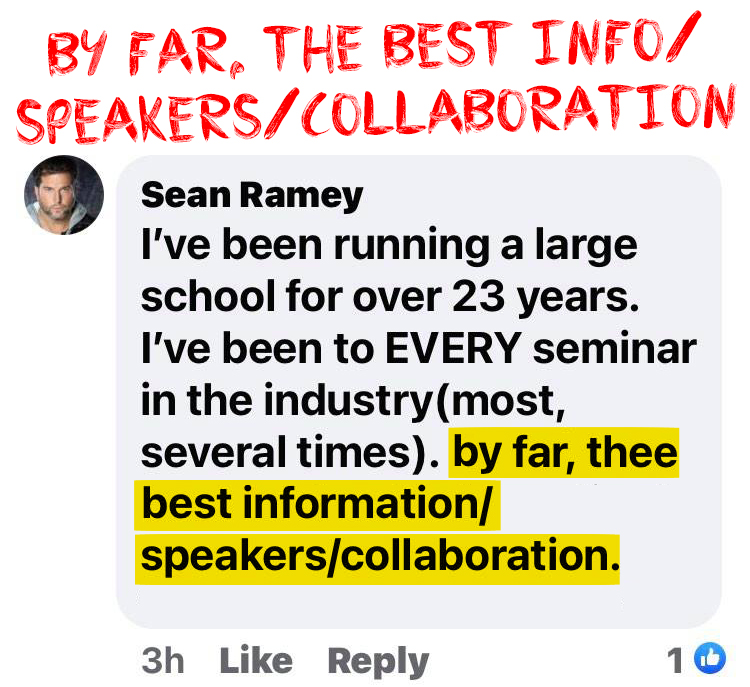 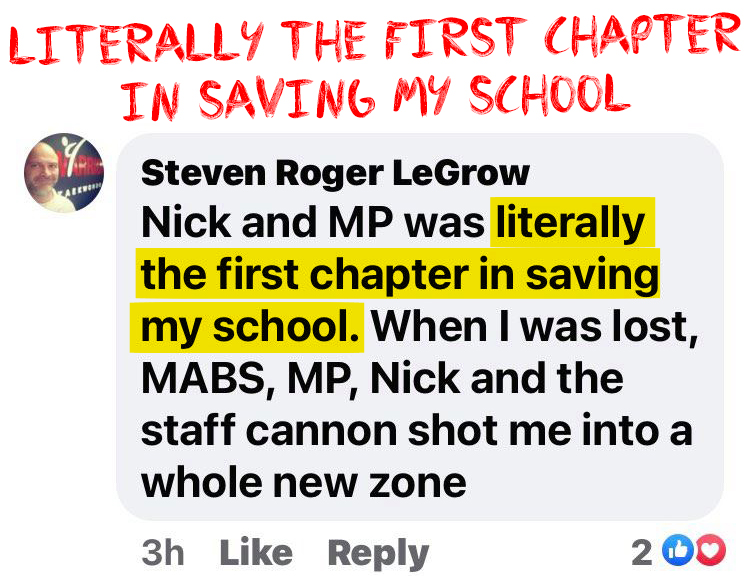 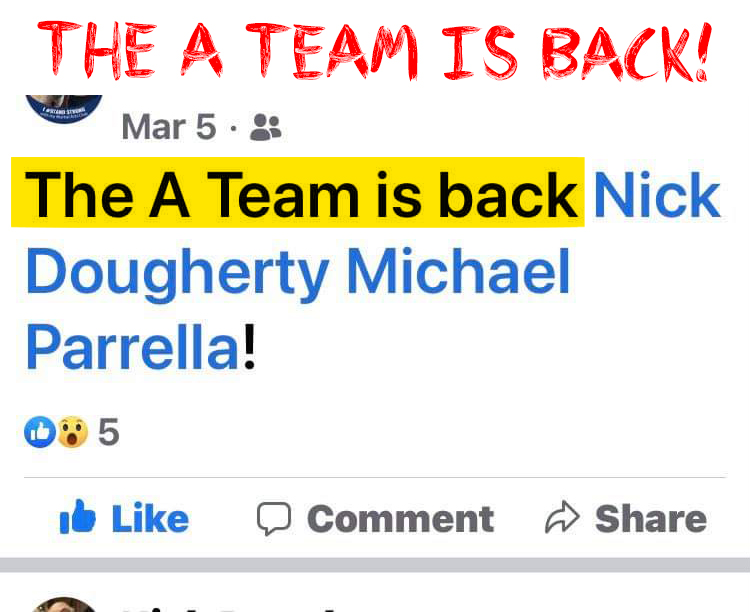 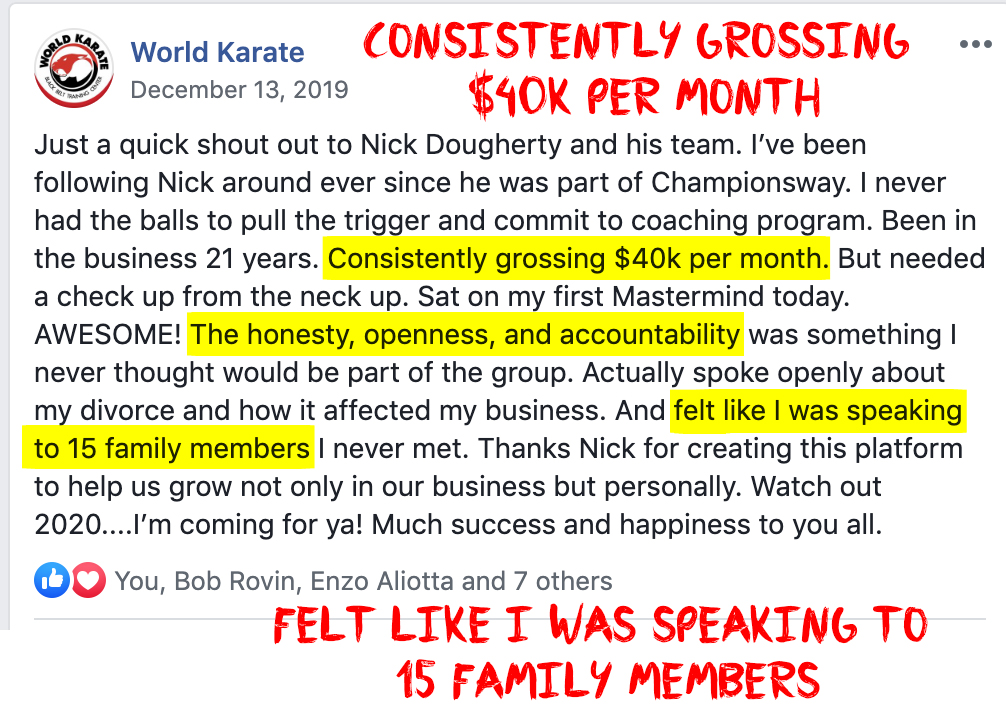 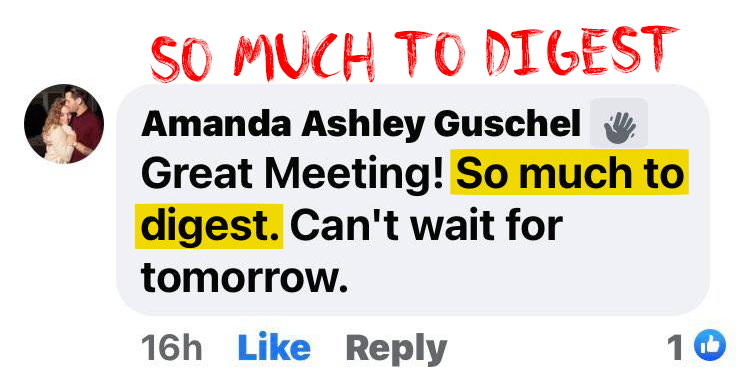 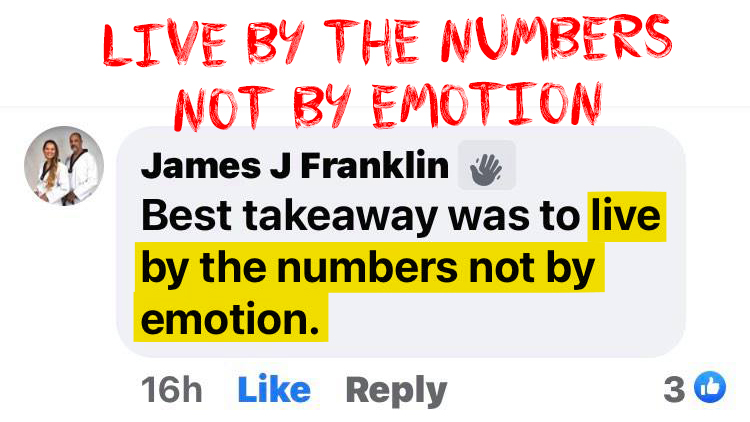 Who Is This 8-Week Mentorship For?

What You Can Expect During The Training...

The 8 weeks are broken down into smaller blocks of time that you can absorb at your own pace. Whether you want to just watch the core course or have enough free time for every session, it's up to you! We will help and guide you along the way so there is no need to worry about being successful. 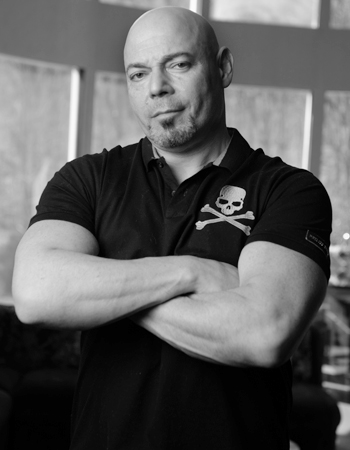 He is often credited with being responsible for dragging the martial arts industry into the ‘digital age’ and for creating the ‘Ultimate Student-Getting Websites.’ These websites utilized the first ‘paid trial’ membership and collectively sold well over 6 million of these trials, all across North America. His model, although initially met with disbelief, has now become an industry ‘norm’ in both martial arts and fitness.

In 2008 he created and launched a revolutionary license program which eventually became the successful fitness franchise, iLoveKickboxing & Michael had successfully exited that company in 2020.

Many school owners have also come to recognize Parrella Consulting / Team Parrella for transforming the industry since its inception. For years, Michael has been working with school owners to transform them into powerhouse entrepreneurs through his incomparable approach. His experience in entrepreneurship, high-level management, team building and cutting edge marketing have enabled him to coach these business owners into becoming wildly successful entrepreneurs. With a quality that's been known to be polar opposites of what everyone else is teaching, it has made him one of the most sought after consultants among professionals.

Michael has been an entrepreneur and Martial Arts School Owner since 1991. He took a break from consulting & working with the industry for a short while, and is now excited to come back and work on the next innovations in this industry. 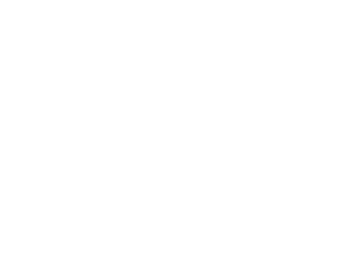 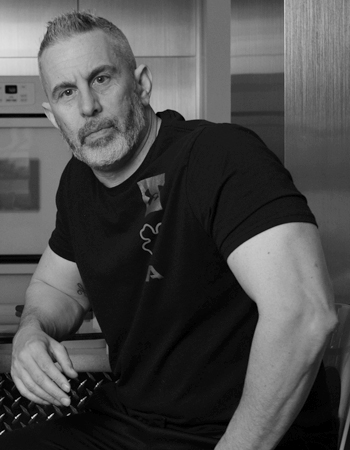 After 5 years of opening his first school, he built his own commercial building in Sewell, New Jersey.

He also was the Director of Social Media at Championsway and ran the East Coast Office.

After his time at Championsway he partnered with Michael Parrella and helped build the largest Martial Arts Event on the east coast as well as the largest mastermind ever in the Martial Arts industry.

After 5 years and helping two of the larger companies in the Martial Arts Industry, Nick decided it was time to do his own thing.

Winterbourne is now where Nick spends all of his time.

Nick has never been happier and excited to work with Martial Arts School owners in his life. The years he spent helping other companies were valuable years to prepare him for this.

PLUS, GET THESE INSANELY VALUABLE BONUSES WHEN YOU INVEST IN THE RETENTION REPAIR WORKSHOP TODAY…

Here's What You'll Get When

JOIN TODAY AND PAY OVER 3 MONTHS

If you're just getting started investing with our program, we want to make it easy for you.

We've set up a special offer where new members can get everything paid off over 3 months!

That's right, you don't have to worry about any fees or hidden charges when paying on your investment with an easily manageable payment plan option.

All that is required from you is clicking below and selecting which program you would like payed off at check out time so there are no surprises along the way. 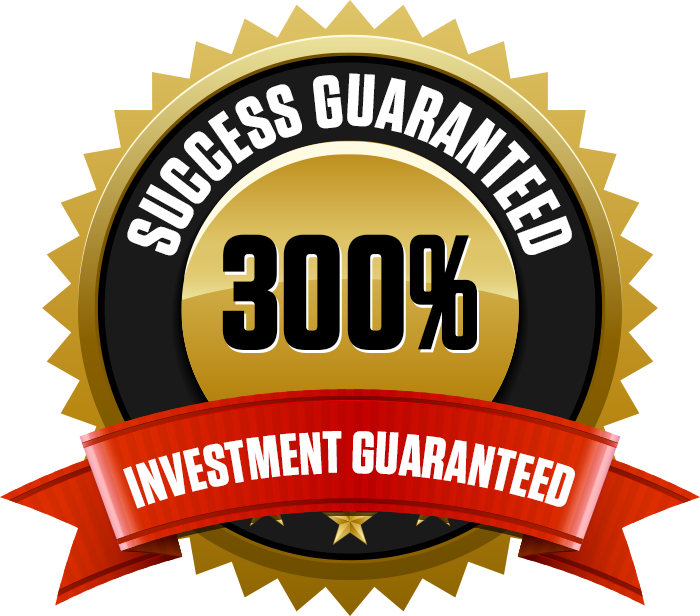 An economic opportunity like this doesn’t come very often (the last one was 12 years ago) and over the next 8 weeks we will arm and empower you to make the most of these times.

But we also understand that for some people, investing during these uncertain times is scary, we get it! That is why we’ve put together our 300% success guarantee!

We are so certain that through the course and mentorship you will have everything you need to put together a deal that could get you at least a 300% return on your investment (frankly we’ve already had 3 people tell us they’ve done that and the course hasn’t even started!) that we GUARANTEE IT as follows...

Whether it’s busy life standing in the way, a slow deal pipeline (we know how to fix that), or just not having landed the right deal yet...it doesn’t matter. We will provide you 300% extended access to the course materials until you succeed!

That means, if by the end of the training you haven’t received a 300% return on your investment, we will provide you ongoing access to the program materials (all recorded sessions but NOT live training, mentoring or coaching) for 3x as long as the original program!

Will this be the break through that sets your company apart from every other like-minded competitor and make their plans irrelevant to yours?

You’ve already attended our webinars, or completed our challenge if you are seeing this page, and you have already had the opportunity to ask questions about the program.

Therefore, you should NOT invest in this program if you think you might want to refund it.

Once you have received the information in this 8-week program, you cannot give it back or “unsee” it. You will have received access to our valuable intellectual property and materials and therefore THERE ARE NO REFUNDS AND THERE IS ABSOLUTELY NO REFUND ON THIS PROGRAM WHATSOEVER.

All sales are final. If you think you might want a refund just do not invest in this program.

We are only interested in people who are honestly committed to consuming and using these materials and unfortunately, we have had those in the past who invested in the program and after receiving all the information tried to refund. We do not support this unethical behavior.

Once again, THERE ARE NO REFUNDS FOR THIS PROGRAM.

This Website Was Made With ❤️ By Winterbourne Media Agency